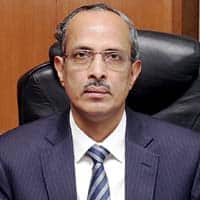 S. C. L. Das is Director General, Directorate General of Hydrocarbons, Ministry of Petroleum & Natural Gas, Government of India. Shri Das has served in diverse capacities in the past 26 years, in Arunachal Pradesh, NCT of Delhi, UT Chandigarh, Andaman & Nicobar Islands, and Government of India. He has been on deputation to United Nations Office for Project Services where he worked in the health sector. Shri Das worked as District Magistrate and Secretary of Transport and Civil Supplies in the Government of Arunachal Pradesh. In Chandigarh Administration, he worked in the areas of urban housing, finance, and taxation. In Government NCT of Delhi, he served as Health Secretary and as Secretary to Lt. Governor. In his earlier tenure in Delhi, he worked closely for Delhi Metro Phase-I and power privatization in Delhi. In the Andaman and Nicobar Administration, he headed the Finance, Planning, Health and Urban Development Departments and oversaw the implementation of Goods and Services Tax. In Government of India, he has worked as Joint Secretary in the Ministry of Home Affairs and in the Prime Minister’s Office. His areas of interest include policy reforms, public health, science, and philosophy. He is an Indian Administrative Service Officer of Arunachal-Goa-Mizoram-Union Territories (AGMUT) Cadre of 1992 batch. He completed his BSc from Patna University and LLB from Delhi University. He holds a master’s degree in public health from Johns Hopkins University, United States.