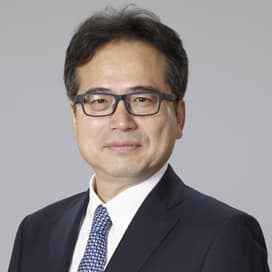 Mr. Minami Ryo has served as Deputy Commissioner for international affairs, and Director-General for International Policy on Carbon Neutrality at the Agency of Natural Resources and Energy, Ministry of Economy, Trade and Industry (METI) since July 2020. He leads the International Energy Policy as well as International Policy on Carbon Neutrality. Since joining METI in 1990, his main fields of activity have been energy, the environment, and energy finance. 2018-2021, Director-General of Natural Resources and Fuel Department: His achievements include support for an LNG project in Russia (one of the largest of its kind in the world), support for structural adjustments to the oil industry, cooperation with the United States on CCUS/carbon recycling, and other decarbonization technologies, and introducing fuel ammonia. 2015-2018, Director of the Europe Division: Activities he was involved in include negotiations towards the conclusion of a Japan-EU EPA, promoting economic cooperation between Japan and Russia, and cooperating with the European Commission on regulatory matters. 2012-2015, Director of the Oil and Gas Division: Actions he promoted include acquiring upstream interests in the UAE, successfully starting LNG exports from the United States, strengthening LNG financing, and eliminating destination-clauses in LNG trading contracts. 2010-2012, Director of the International Affairs Division, Agency for Natural Resources and Energy: He played an active role as a member of the Governing Board of the International Energy Agency (IEA). He led the emergency release of oil reserves in 2011. He concluded Japan-France and Japan-UK energy cooperation agreements. 2007-2010, Director of Nippon Export and Investment Insurance (NEXI), New York: During the Lehman crisis, he oversaw the introduction of operating fund loan insurance into Japanese companies. He oversaw oil and mineral resource projects in Latin America. He graduated from the University of Tokyo Faculty of Law. He completed an LLM at the University of Texas. He was born in Tokyo on April 18, 1966.