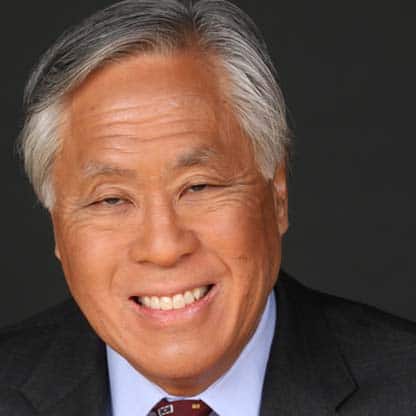 Robert W. Gee is President of Gee Strategies Group, LLC, a Washington, D.C. consulting firm providing policy analysis, advocacy, and litigation support for US and foreign investors, trade associations, utilities, renewable energy companies, independent power companies, and public institutions. A 40-year veteran of the energy industry, he has served as an attorney, senior state and federal public official, and technology executive, combining the fields of law, public affairs, technology, and finance required to address the challenges of global and US domestic energy markets. A recipient of various honors and awards, he has testified before the United States Congress, and provided commentary for Reuters, The Wall Street Journal, the Los Angeles Times, National Journal, BBC television, and CNBC television. His editorials have appeared in the Los Angeles Times, the Dallas Morning News, and the Houston Chronicle. He served as Vice President for Development and Partner Relations for the Electricity Innovation Institute (E2I), an affiliate of the Electric Power Research Institute (EPRI), where he advocated development of the “smart grid” to digitize the electric utility power delivery system. From 1997 to 2000 he served as Assistant Secretary for Policy and International Affairs and as Assistant Secretary for Fossil Energy of the U.S. Department of Energy in Washington, D.C. He chaired the Energy Department’s Central Asia/Caspian energy strategy, and was responsible for the timely completion of the Department's 1998 Comprehensive National Energy Strategy. He also oversaw the operation of the Strategic Petroleum Reserve, and the national research program to develop and demonstrate advanced clean coal, natural gas, and petroleum technologies. From 1991 until 1997 he served on the Public Utility Commission of Texas and as its Chairman from 1991 through 1995. During his service, he chaired the Committee on Electricity for the National Association of Regulatory Utility Commissioners. He has served as an Attorney Advisor at the Interstate Commerce Commission and as a Supervisory Trial Attorney at the Federal Energy Regulatory Commission. He was also Of Counsel to the law firm of Akin, Gump, Strauss, Hauer & Feld. Mr. Gee currently serves on the boards of various institutions, including the United States Energy Association (Treasurer), North American Energy Standards Board Advisory Council, Asian Americans in Energy, the Environment, and Commerce (AE2C)(President), Committee of 100 (Chair, Washington, DC Region), and the Northeast-Midwest Institute. His past affiliations included serving as a Trustee for St. Edward's University in Austin, Texas, and as a member of the Dallas Regional Panel of the President's Commission on White House Fellowships. He is a recipient of various honors and awards, including the distinction of having a hearing room named for him by his colleagues at the Public Utility Commission of Texas. He holds a Bachelor’s Degree with Honors and a Law Degree from the University of Texas at Austin.