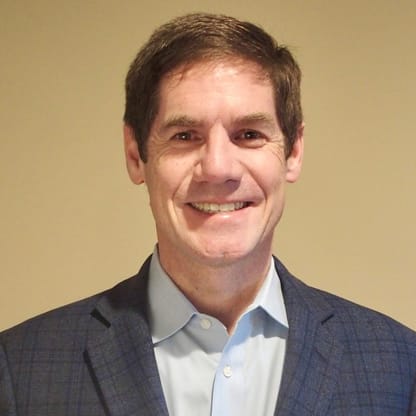 Rick Beuttel is vice president of Bloom Energy’s hydrogen business. In this role, he spearheads the company’s market strategy, serves as an evangelist for emerging hydrogen solutions, and develops relationships with industry leaders to continue momentum around Bloom’s hydrogen technology. Beuttel brings over three decades of experience in business development in the energy and industrial sectors, including extensive work deploying and scaling hydrogen projects across international markets. Before joining Bloom Energy, Beuttel served as vice president of business development at Air Products, overseeing the development and execution of large-scale energy projects, largely focused on hydrogen throughout the Americas. During this time, he was responsible for the deployment of over $8 billion of capital, including world-scale hydrogen projects in Eastern Louisiana, Edmonton, Alberta, the acquisition of hydrogen plants from PBF Energy, and other projects centered around hydrogen and synthesis gas production. Beuttel also held a number of senior roles across regions during his tenure at Air Products, including business manager for generated gases in the Americas, business development manager for Latin America, and business manager for Asia tonnage focused on the semiconductor and display industries. Early in his career, Beuttel also served as business development director for TRiMEGA Electronics, LLC, a joint venture with the Kinetics Group. Beuttel holds a bachelor’s degree in mechanical engineering from Stevens Institute of Technology and a Master of Business Administration from Lehigh University and is also chairman of the board of the Lehigh Valley Velodrome.