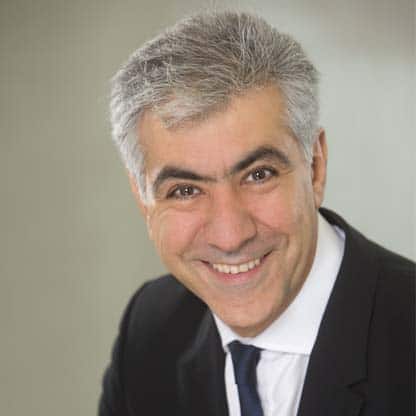 Reza Moghadam is Morgan Stanley’s Chief Economic Advisor. His mandate spans global macroeconomic policy research, as well as advising clients across the banking, capital markets and investment franchises on global economic and policy issues. Prior to this role, Reza was Morgan Stanley’s Vice Chairman for Sovereigns and Official Institutions from 2014 to 2019. Before joining Morgan Stanley, Reza served for 22 years at the International Monetary Fund, spending much of his career as a key IMF crisis manager. Given his expertise, Christine Lagarde appointed Reza to head the IMF’s European Department during the Eurozone crisis, where he was responsible for leading the IMF’s response to the crisis and acting as the interlocutor with European policymakers from 2011 to 2014. Before this, Reza helped spearhead the IMF’s response to the Global Financial Crisis, having been asked to head the Strategy, Policy and Review Department by Dominique Strauss-Khan. Reza also held a number of different senior roles at the IMF including Head of the Managing Director’s Office under both Rodrigo de Rato and Strauss-Khan, and senior positions in the IMF’s Asian Pacific Department during the Asian financial crisis. Drawing on his experience both in the public sector and with markets, Reza is a regular contributor to the global policy debate, with a particular focus on Europe. He has written publically on a number of issues, including central bank policies, cryptocurrencies, Brexit and Eurozone reform. Reza holds a BA in Mathematics from Oxford University, an MA in Economics from the London School of Economics, and a PhD in Economics from the University of Warwick. He is a keen cyclist, and a sometimes vocal supporter of Chelsea Football Club.