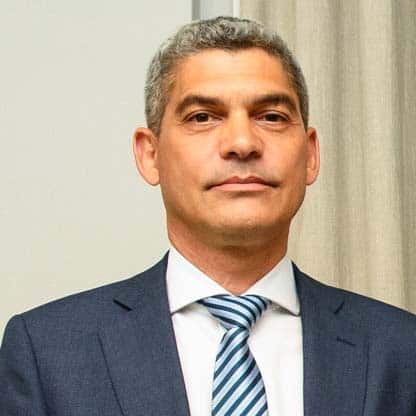 Philippe Blanchard has a B.Sc. in Mathematics and Physics from École Polytechnique in France and has an M.Sc. in Geophysics from Institut Français du Pétrole. Philippe started his career in the former Elf Aquitaine in 1994 as a Geophysicist for France exploration activities. He subsequently served as Exploration Geophysicist in Angola at the time of Block 17 deep-water discoveries, between 1997 and 2000. Philippe moved to Total’s E&P Development and Planning division in the head office, in France, being in charge of development studies, mostly for Africa assets, between 2003 to 2005. In 2006, he joined Production Operations as site manager in OML58 producing license (gas and oil) located onshore Niger Delta, in Nigeria, and returned later to Angola as Producing License Director for the Block 3. He moved back to Total’s head office in 2011 as a Project Director in Total E&P New Ventures, mostly in charge of acquisition and divestments of upstream assets focusing on Africa. In May 2014, Philippe was appointed Managing Director of Total E&P PNG Limited – Total Group subsidiary in Papua New Guinea and the operator of PRL-15 license that comprises the fields Elk and Antelope to be the second LNG development in the country. In October 2018, Philippe Blanchard was appointed President of Total E&P do Brasil and Total Group representative in Brazil.