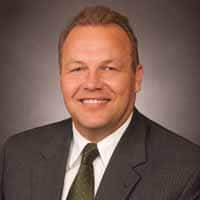 Dr. Paul Goodfellow was named Executive Vice President of Shell’s global Deep Water business, effective April 15, 2019. He also serves as Chairman of the Board of Directors of Shell Midstream Partners GP LLC. During his 29 years at Shell, Paul has served as Executive Vice President, Wells (2017-2019); Vice President, United Kingdom and Ireland (2015-2017); Vice President Unconventionals US and Canada (2013-2015); and Vice President Development, Onshore (2009 to 2013.) Previously, he served in leadership positions in Onshore, Wells and Deep Water Drilling and Completions. He has worked in a variety of wells-related roles throughout Shell. Prior to joining Shell, Paul worked in the mining industry in South Africa and Finland. He is a Chartered Engineer and a member of the Institute of Mining and Metallurgy and the Society of Petroleum Engineers. Paul earned a Bachelor of Engineering in Mining Engineering and a Ph.D. in Rock Mechanics from The Camborne School of Mines in the United Kingdom. He is the proud father of three grown children and makes his home in the Houston area.