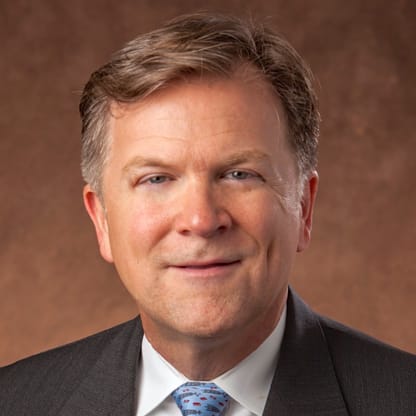 Pat Wood III is the past Chairman of the Federal Energy Regulatory Commission (FERC) and of the Public Utility Commission of Texas (PUCT). The son of a small businessman, Mr. Wood has been a forceful advocate throughout his career for replacing government-centered monopoly regulation with customer-centered, technology-unleashing competition. Today, as CEO of Hunt Energy Network, Mr. Wood’s focus is on new power system infrastructure and the related business systems to integrate it into competitive power markets. Mr. Wood also serves as the Lead Independent Director of solar pioneer SunPower (NASDAQ: SPWR), and Director of specialty construction firm Quanta Services (NYSE: PWR), including his recent appointment to Luma Energy, overseeing the Quanta-ATCO joint venture to operate the Puerto Rico utility system. He is also a Director of Spring Valley Acquisition Corp. (NASDAQ: SV). In the past, he was Board Chairman of independent power producer Dynegy, and a Director of TPI Composites, among others. In 1995, Governor George W. Bush named Mr. Wood to head the PUCT with a mandate to inject competition into the state’s regulated power and telecommunication utilities. The resulting restructured Texas electric market has attracted high infrastructure investment, yielded innovative technology and service offerings, and led to customer prices well below what they were under regulation. During his four years at the helm of the FERC, under President George W. Bush, Mr. Wood led the responses to the 2000-2001 California energy crisis, the bankruptcy of Enron, and the 2003 North American power blackout. By the end of his term, over two-thirds of the nation’s economy was served by the reliable, organized wholesale power markets FERC championed. He was well-known for his three-legged stool for successful markets: robust infrastructure, balanced market rules and vigilant oversight. Mr. Wood holds a B.S. degree (civil engineering) from Texas A&M University and a J.D. from Harvard Law School. He serves on the Executive Board of Big Brothers Big Sisters Lone Star and the National Petroleum Council, and was a founding member of the Texas A&M Smart Grid Council. He, and his wife, Kathleen, have four sons and are proud to call Houston their home.