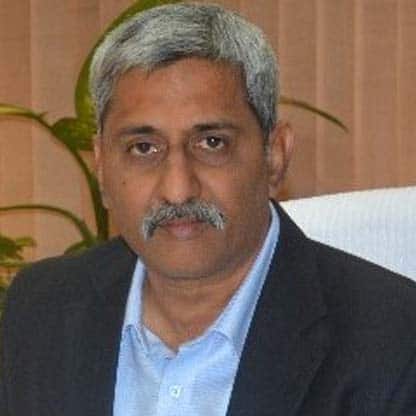 Shri P. M. Prasad is serving Central Coalfields Ltd. (CCL) as Chairman-cum-Managing Director from 01.09.2020. He also took over the additional charge of Chairman-cum-Managing Director (CMD) of Bharat Coking Coal Limited (BCCL) w.e.f. 1st Feb 2021. Shri Prasad started his professional career by joining CIL in August 1984 after graduating in BE(Mining) from Osmania University in the year 1984 and since then has performed his duties at Western Coalfields Limited and Mahanadi Coalfields Limited in various capacities ranging from Executive Trainee to General Manager upto April 2015. Shri Prasad acquired M.Tech in Open Cast Mining from Indian School of Mines, Dhanbad in 1991. He also graduated in Law from Nagpur University in 1997. His various accolades of those times include reopening of underground fire area in 1994-95 at DRC mine in WCL in five stages. For this outstanding job, he was awarded Meritorious certificate as Best Mines Manager from Secretary to Govt. of India, MoC and Chairman, CIL in 1995. As GM, Lingaraj Area, MCL, he was responsible for successful opening & operation of Kaniha Opencast Coal Project from March’2010. Diversion of nallah at Hingula Opencast Area to unlock coal reverse of 26.00 MTe in the year 2014-15 and starting New Railway Siding No. 9 at Talcher Coalfield was highlight of his achievements as GM, Hingula Area, MCL. In May’2015, he joined NTPC as Executive Director (Coal Mining). He has been credited with expediting the process of award of MDO projects and awarded Pakribarwadih coal block (NTPC’s first project) and floated NITs for remaining coal blocks. In March’2016, he took charge as Executive Director cum Head of the Project, Hazaribagh, Jharkand accepting the challenge of starting coal mining operations in Pakribarwadih Coal block. He resolved issues with Project affected people, Peoples Representatives and District Administration which subsequently ushered the Mining operations in NTPC’s flagship mining project and commenced the coal production in Feb’2017. In Feb 2018, Shri Prasad again joined CIL as Director(T)P&P, NCL and shouldered the responsibility from 01.02.2018 to 02.08.2019. He has also held the responsibility of additional charge of Director (Tech) of WCL for nearly three months during the year 2018 and Director (Tech) OP, BCCL from 07.05.2019 to 13.08.2019. Thereafter, Shri Prasad was bestowed with the responsibility of CMD, BCCL from 02.08.2019 to 01.09.2020.