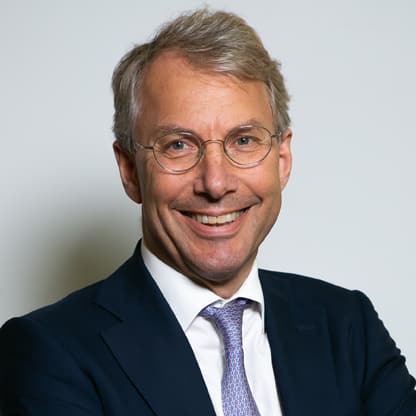 Otto Waterlander was appointed Chief Commercial Officer of TES-H2 in January 2022. For over 30 years, he has been in the energy industry, working with governments, small and large companies, traditional and renewable players. Otto gained a distinctive profile in the energy market, by supporting many companies in the (re)negotiation and arbitration of long-term contracts and by helping governments set energy policies. He draws upon particular expertise in assessing gas market dynamics, including emerging trading models and evolving competitive dynamics. He has a truly global experience, having lived in Europe, Ukraine and Latin America and having worked extensively across all continents including Africa, Middle East and Latin America. Prior to joining TES-H2, Otto was Chief Operating Officer at Naftogaz of Ukraine, Senior Partner at McKinsey & Company where he co-led the global Oil & Gas practice. Before that, he was a Partner in the energy practice at Booz & Company. He started his career with Royal Dutch Shell in May 1990, where he had various roles in the Netherlands and Venezuela until the end of 1997. Otto Waterlander acquired his Master’s Degree in Business Economics at Erasmus University in Rotterdam. He speaks Dutch, English, German and Spanish.