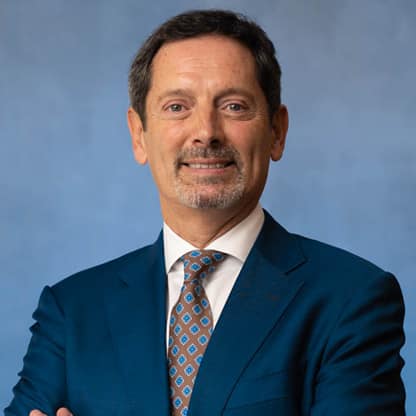 Olivier Le Peuch is chief executive officer of Schlumberger Limited, a position he assumed in August 2019. Prior to his current position, he served as the company’s chief operating officer. Le Peuch previously held various global management roles, including executive vice president of Reservoir & Infrastructure; president of the Cameron Group; president of Schlumberger Completions; vice president of Engineering, Manufacturing, and Sustaining; and president of Software Integrated Solutions. In addition, Le Peuch held a number of leadership roles, including management of technology development in both Europe and the United States. He joined Schlumberger in 1987 as an electrical engineer and spent his early career in custom software integration and development and in high-temperature electronics development for wireline equipment. Le Peuch earned an electrical engineering degree from the Bordeaux Engineering School and a research master degree in microelectronics from the Bordeaux University of Science.