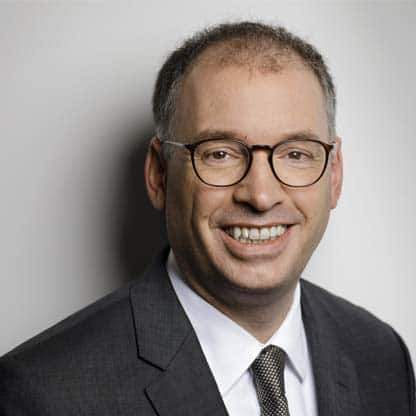 Since 14 March 2018 Niels Annen has been Minister of State at the Federal Foreign Office. Prior to his current position he served several years as spokesperson on foreign affairs of the SPD Parliamentary Group in the German Bundestag. Niels Annen was a member of the SPD’s executive committee from 2003 to 2019. His main foci of interest are Transatlantic relations and the Middle East as well as China and Latin America. From 2014 to 2018 Mr. Annen also chaired the Bundestag’s Parliamentarian Friendship Group for Relations with the States of South Asia. As an advocate for a stronger German role in international diplomacy, he supports multilateral engagement as a tool for resolving today’s conflicts and crises, and protecting human rights. Niels Annen was a senior resident fellow with the German Marshall Fund in Washington, D.C. (2010 to 2011), and a researcher at the International Policy Analysis unit of the Friedrich Ebert Foundation (2011 to 2013). From 2001 to 2004 he was chairman of the Federal Executive Board of the Young Socialists. Niels Annen holds a Master of International Public Policy from Johns Hopkins University.