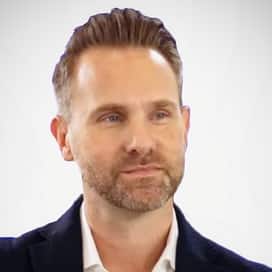 Nicolaus A. Radford is the Founder, Chief Executive Officer and Chairman of Nauticus Robotics, Inc., an ocean robotics company deploying a network of autonomous platforms from the surface to the seabed to combat climate change and the global impact on the world’s marine environment. Prior to that, Mr. Radford led NASA’s humanoid robotics efforts for future spaceflight missions and to the International Space Station, including both Valkyrie and Robonaut. Additionally, he was also the principal investigator for NASA in DARPA’s advanced electric machine research for robotics. Mr. Radford led NASA’s efforts in exoskeleton research for the International Space Station crew exercise and mobility assistance and initially served as Co-PI for NASA on DARPA’s Warrior Web program. He has extensive experience leading multidisciplinary teams in challenging development timeline environments. During Mr. Radford’s tenure at NASA, he was the recipient of numerous patents, design awards, and commendations for his expertise and leadership that ultimately culminated in him receiving NASA’s Outstanding Leadership Medal. He has been published several times on a multitude of topics relating to spaceflight robotics and contributed to Springer’s Humanoid Robotics Handbook. Mr. Radford earned his B.S. and M.S. from Purdue University in Electrical and Computer Engineering.