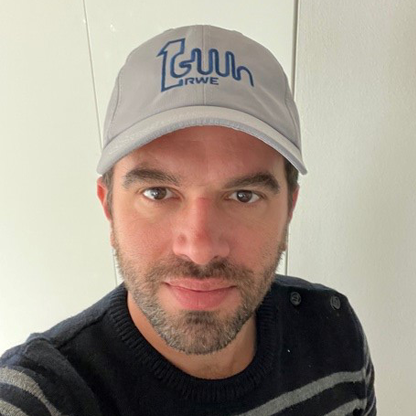 Nathanaël Esposito, President, Solar & Energy Storage, RWE Renewables Americas, is responsible for the division’s project development, execution, and operations activities in North America. He is also in charge of RWE’s global Solar & Storage Engineering functions. He has over 15 years of experience in general management, transactions, and management consulting with a strong focus on renewables. He began his career at The Boston Consulting Group advising major corporations across Europe. He then joined the leading independent utility in France (now Total Direct Energie), where he successively held the positions of Deputy Director of Corporate Development and Head of Solar Business. In 2010, he joined E.ON Climate & Renewables (now RWE Renewables) to launch their solar business in the United States. In his tenure at E.ON, he has held a variety of management roles, including leading successively North American M&A and Commercial Origination & PPA groups, where he oversaw all commercial contracts, hedging, and commercialization efforts for wind, solar, and energy storage. Mr. Esposito holds a Master of Science in management from HEC Paris, a Master in International Management from the pan-European CEMS program, and the Certificate of Business Excellence from the Haas School of Business at the University of California Berkeley.