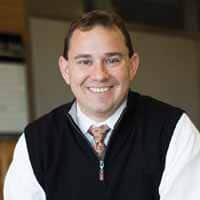 Dr. Michael E. Webber is Chief Science and Technology Officer at ENGIE, a global energy and infrastructure services company. His latest book, Power Trip: the Story of Energy was published 7 May 2019 by Basic Books with a six-part companion series aired on PBS starting Earth Day 2020. His first book, Thirst for Power: Energy, Water and Human Survival was published in 2016 by Yale Press and was made into a documentary. Dr. Webber was selected as a Fellow of the American Society of Mechanical Engineers (ASME) and as a member of the fourth class of the Presidential Leadership Scholars, which is a leadership training program organized by Presidents George W. Bush and William J. Clinton. He has authored more than 400 publications, holds six patents, and serves on the advisory board for Scientific American. Dr. Webber holds a BS and BA from UT Austin, and a MS and PhD from Stanford University.