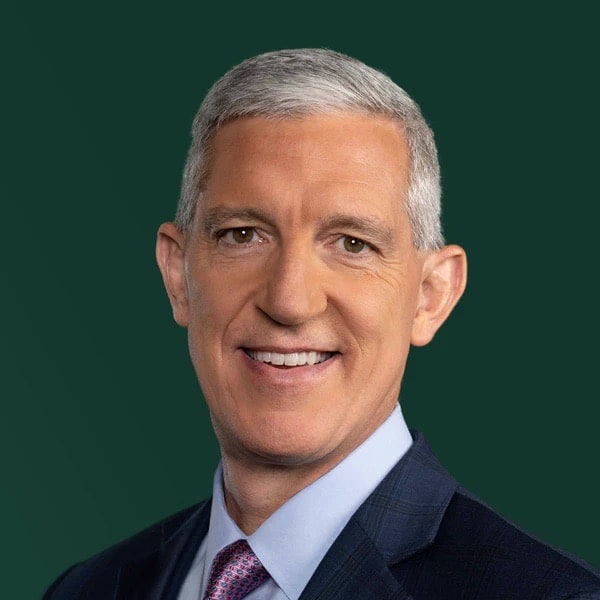 Martin (Marty) Durbin is Senior Vice President for Policy, overseeing the U.S. Chamber’s well-respected Policy Division. Durbin also serves as President of the U.S. Chamber’s Global Energy Institute, leading the strategic development and implementation of the Chamber’s climate, energy, and sustainability policy, and highlighting the role of the business community in both strengthening our energy security and accelerating the clean energy transition. Durbin brings more than 28 years of trade association leadership representing highly regulated energy and manufacturing industries. Prior to joining the US Chamber in 2019, Durbin was Executive Vice President and Chief Strategy Officer at the American Petroleum Institute (API), overseeing the integration of API’s advocacy assets. He previously served as President and CEO of America’s Natural Gas Alliance (ANGA) where he led the natural gas industry’s market expansion through a comprehensive lobbying, grassroots and media campaign. Durbin earlier served in senior positions with the American Chemistry Council and the American Plastics Council and began his career in legislative positions for Senator Alan J. Dixon (D-IL) and Representative Rick Boucher (D-VA). Known for his bipartisan approach to advocacy, Marty serves as a Fellow with the Bipartisan Policy Center’s (BPC) Governance Project, and on BPC’s Direct Air Capture Advisory Council. He is currently Board Chairman of A Wider Circle, a grassroots nonprofit dedicated to ending poverty, and serves on the Board of the Congressional Coalition for Adoption Institute. In 2021 and 2022 he made Washingtonian’s Most Influential list. Durbin received a B.A. in Government and Politics from the University of Maryland, College Park. He is married and has three children. https://www.uschamber.com/bio/martin-durbin