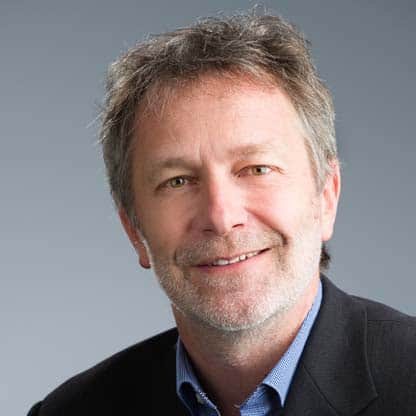 Martin Keller has served as Director of the National Renewable Energy Laboratory (NREL) and President of the Alliance for Sustainable Energy, the company that operates NREL for the U.S. Department of Energy, since 2015. Under his leadership, the number of full-time employees at NREL has increased by more than 32%. Martin is a visionary leader who is committed to people, teams, and partnerships. He innovatively and pragmatically applies private sector best practices at NREL to achieve game-changing scientific outcomes. Working collaboratively with his leadership team, Martin developed a strategy for NREL focused on three key initiatives: integrated energy pathways, circular economy, and electrons to molecules. This strategy drives advanced scientific research, programs, projects, and partnerships at NREL. For example, NREL’s partnership portfolio—which includes Eaton Corporation, Wells Fargo, Hewlett Packard Enterprise, the New York State Energy Research and Development Authority, and more than 900 private and public sector organizations—has generated over $1 billion of research and development for the Laboratory. From 2006 to 2015, Martin led energy, biological, and environmental research programs at the Oak Ridge National Laboratory (ORNL). His efforts culminated in his being promoted to serve as the Associate Laboratory Director for the Energy and Environmental Sciences Directorate during his last six years at ORNL. Earlier In his career, Martin’s dedicated work in a variety of research management positions at Diversa Corporation enhanced and developed the microbiology expertise of this biotech company. Currently, Martin is a Fellow of the American Association for the Advancement Science (AAAS), and he recently retired as chair of the AAAS Industrial Science and Technology Section. In addition, he is a member of the Scientific Advisory Council for Julich Forschungszentrum and serves on numerous other scientific advisory boards. Martin received his Ph.D. in Microbiology from the University of Regensburg, Germany.