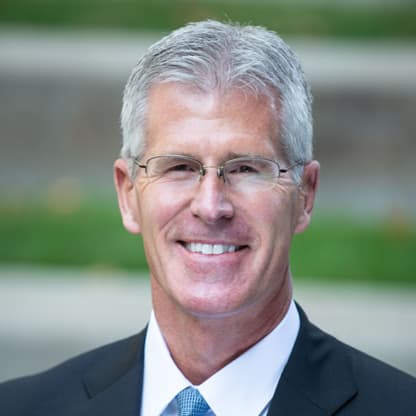 Mark A. Nelson, 58, is executive vice president of Downstream & Chemicals, a position he has held since 2019. He is responsible for directing the company’s worldwide manufacturing, marketing, lubricants, chemicals and Oronite additives businesses. He also oversees Chevron’s joint-venture Chevron Phillips Chemical Company. Previously Nelson was vice president, Midstream, Strategy & Policy, where he was responsible for the company’s shipping, pipeline, power and energy management and supply and trading operating units. He was also overseeing corporate strategic planning and policy, government and public affairs. Prior to this position, Nelson served as vice president of Strategic Planning for Chevron. Other positions include president of International Products, where he was responsible for the refining and marketing businesses in Europe, Africa, the Middle East and Asia; president of Chevron Canada Limited, where he managed oil and gas exploration, production and marketing of crude oil, natural gas and natural gas liquids in Canada. With more than 35 years of experience, Nelson has served in a number of leadership positions with increasing responsibilities within the company in retail, marketing, operations and business planning. Nelson has previously served on several advisory boards and councils, including Singapore’s Economic Development Board and the Canadian Council of Chief Executives. Nelson joined Chevron U.S.A. Inc. in 1985 as an engineer based in San Ramon, California. A native of Ventura, California, Nelson graduated from California Polytechnic State University, where he earned a bachelor’s degree in civil engineering.