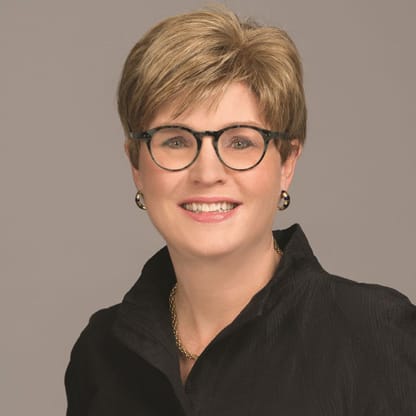 Maria Pope is president, chief executive officer and a member of the Board of Directors of Portland General Electric, Oregon’s largest electric company. Before becoming CEO in 2018, she served as PGE’s senior vice president of Power Supply, Operations and Resource Strategy. In that role, she oversaw PGE’s transition to the Western Energy Imbalance Market, a foundational step in creating a regional smart grid. She joined PGE in 2009 as the company’s chief financial officer. As CEO, Pope leads PGE’s strategy to create clean, affordable energy Oregon customers expect, while keeping reliability and resiliency at the forefront of the company’s planning efforts. Prior to PGE, Pope was CFO of Mentor Graphics Corporation. She has also held senior operating and finance positions within the forest products and consumer products industries. Pope began her career in banking with Morgan Stanley. Pope serves on the Secretary of Energy Advisory Board. Her other board and commission activities include the Oregon Global Warming Commission, The Nature Conservancy, Electric Power Research Institute and the Federal Reserve Bank of San Francisco. Pope is an alumna of the Stanford Graduate School of Business and earned her bachelor’s degree from Georgetown University.