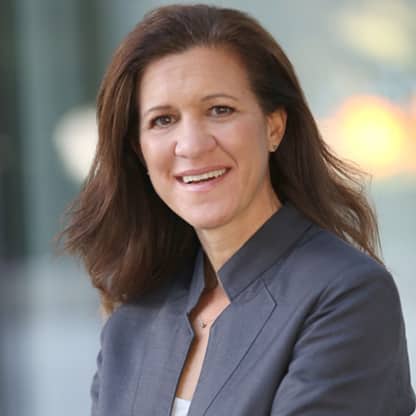 María Victoria Zingoni is EMD of Client and Low-Carbon Generation and member of the Executive Committee. Her responsibilities include managing the renewable electricity generation and low-emissions asset portfolio to grow and internationally expand the business. She is also responsible for designing Repsol's multi-energy and mobility offering aimed at comprehensively meeting every mobility and energy need, while also overseeing the Mobility, LPG, Electric Mobility, Power and Gas Commercialization, Energy Solutions, and Lubricants businesses. Since November 2018, she is Chair of Repsol Electricity and Gas, which has become a leading player in the commercialization and generation of low-carbon electricity in Spain. Until December 2020, she held the position of EMD of Commercial Businesses and Chemicals. Previously, she was EMD of Downstream, leading the business expansion and transformation which culminated in the creation of the electricity business. She joined Repsol in 1999. After a decade in the Upstream unit, she was appointed Director of Investor Relations in 2008. During her time there Repsol received various international awards for its management of investor relations. From 2013 to 2015, as Corporate Director of Finance, she was responsible for the Company's financial development and control, as well as the management and control of financial risk. In February 2014, she oversaw the sale to investors of bonds issued by the Argentine government as compensation for the renationalization of YPF. In January 2015, she was tapped to coordinate the project to integrate the Canadian company, Talisman. Maria Victoria Zingoni is a national public accountant certified by the National University of Comahue in Neuquén, Argentina. She graduated with an Executive MBA from the IAE Business School of Universidad Austral Argentina and completed the Advanced Management Program at The University of Chicago Booth School of Business.