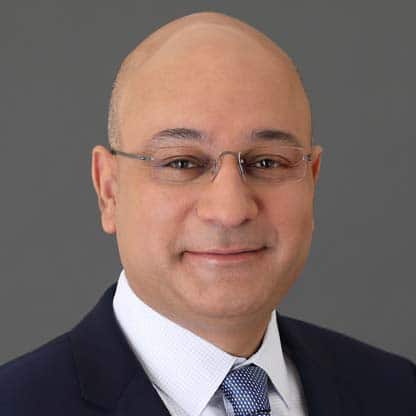 Manu Asthana is the president, chief executive officer and a member of the Board of Managers of PJM Interconnection, which oversees the largest power grid in North America and one of the largest electricity markets in the world. He is responsible for the reliable operations, competitive markets and transmission planning for the organization serving 65 million people in 13 states and the District of Columbia. Asthana joined PJM in January 2020. Under his leadership, he has implemented significant risk management reforms and established a clear path for defining the grid operator’s role in the energy transition to a cleaner, more efficient grid while maintaining reliable electric service. Asthana has extensive leadership experience, including 21 years across the electricity industry, including power generation operations, optimization and dispatch, competitive retail electricity, electricity and natural gas trading, and risk management. Prior to joining PJM, he served as president of Direct Energy Home in North America, where he led a team of over 2,600 to combine the company’s retail electricity and home-services businesses, creating a leading energy and home-services provider serving over 3.4 million customers. He previously led power generation operations and energy trading at Direct Energy, and at the TXU group of companies, where he served as chief risk officer while also leading the energy trading and generation optimization and dispatch area. Asthana earned a Bachelor of Science in economics from The Wharton School at the University of Pennsylvania, where he was a Benjamin Franklin Scholar and a Joseph Wharton Scholar. He is active in the community, serving on the board of directors for The Chamber of Commerce for Greater Philadelphia and the Texas Children’s Hospital Board of Trustees.