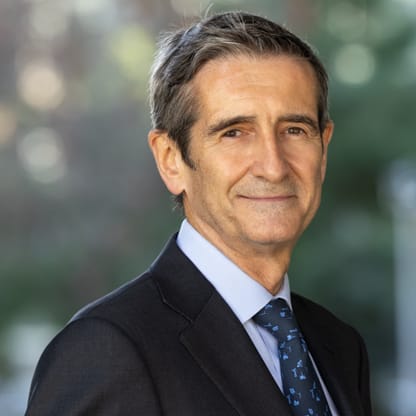 Luis Cabra is currently Executive Managing Director of Energy Transition, Technology, Institutional Affairs, and Deputy CEO. He has also been member of Repsol's Executive Committee since 2012. His responsibilities include core areas for the development and implementation of the Company's energy transition strategy such as Technology, Engineering, and Sustainability. He also leads other corporate areas, as well as several company cross-cutting projects. He was previously Executive Managing Director of Technology Development, Resources, and Sustainability from 2018 to 2020. He participated in the materialization of Repsol's decarbonization strategy. Also, he led the Company's Digitalization Program and the consolidation of the Shared Services organization, among other responsibilities. From 2012 to July 2018, Cabra served as the Executive Managing Director of Exploration and Production. Under his stewardship, the Company doubled its production and executed a wide-ranging efficiency program from 2015 to 2017 that turned the Company's exploration and production business into a net cash generator. He joined Repsol in 1984 as a process engineer at the A Coruña refinery in Spain. Since then, he has held management positions in Refining, E&P and corporate units. Luis Cabra holds a PhD in Chemical Engineering from Complutense University of Madrid and has completed business management studies at INSEAD and IMD. He has worked as a lecturer at the Complutense University of Madrid and the University of Castilla-La Mancha. He has represented Repsol in various international associations, serving as Chairman of the Automotive Fuels Group of the European Petroleum Industry Association, Chairman of the European Biofuels Technology Platform, and member of the European Research Advisory Board. In June 2021, he was appointed President of FuelsEurope and Concawe, associations that represent the European refining industry.