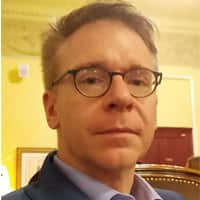 Laurent Ruseckas is Executive Director, Gas Power & Renewables, EMEA, S&P Global. Mr. Ruseckas is a leading authority on the oil and gas industry in Eurasia, with a special focus on gas transportation and markets. He has worked for two decades advising international oil and gas companies and institutional investors on energy investment in Eurasia. Mr. Ruseckas first joined CERA (later acquired by IHS Markit) in 1991 and led CERA’s Caspian Energy practice from 1997 to 2003. Since 2009 Mr. Ruseckas has carried out a wide range of consulting engagements, including the Caspian Development Corporation project carried out for the World Bank and European Commission. From 2006 to 2008, Mr. Ruseckas was based in Baku, Azerbaijan as Director of Business Development and head of strategy for Greenoak Holdings Limited, an asset-based company in the oil transportation sector. A Russian speaker, Mr. Ruseckas holds a BA from Harvard University (Cambridge, USA), and he passed comprehensive examinations in the PhD program in political science at Columbia University (New York, United States). He is based in London.