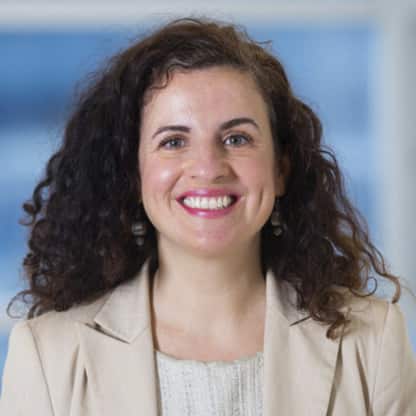 Chief Development and Investment Officer and Head of Houston Incubator

Juliana Garaizar is the Chief Development + Investment Officer and Head of Houston Incubator at Greentown Labs. A Board Member of the Angel Capital Association, Juliana is a Lead Investor of the Portfolia Rising America Fund that invests in BIPOC and LGTBQ founders, as well as the Portfolia Consumer and Rising Tide Funds. She is also an Advisory Board Member of the University of Houston Cougar Venture Fund, the Houston Diversity Fund, the Investors of Color network and Impulse4women. A Kauffman Fellow experienced in Bridging the Gender Gap in investing, she is part of the City of Houston’s Women Commission. Juliana was the Texas Medical Center Venture Fund Director and the Managing Director of the Houston Angel Network. She was the Manager of the in the French Riviera's Sophia Business Angels network and Antipolis Innovation Campus and Project Manager of several International Projects funded by the European Commission. Previously, Juliana worked for 5 years in Singapore: first as an International Trade Consultant for the Trade Commission of Spain in a broad range of industry sectors and then as a Project Manager for the Asia Technology Office of Citigroup, leading projects at the international level. Juliana obtained an MBA at the London Business School and Haas School of Business in Berkeley, specializing in Entrepreneurship.