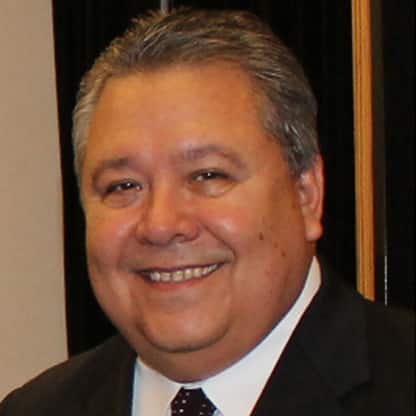 José L. Pérez is co-founder, President and CEO of Hispanics In Energy (HIE), a national non-profit organization since 2012 designed to drive Hispanic inclusion in America’s all the above energy industry. HIE has convened energy policy forums in Washington D.C., Illinois, Colorado, Texas, New Mexico, Michigan, Pennsylvania, North Carolina, Minnesota, Ohio, Washington D.C., Arizona, and California. In 2020, Jose was named “Energy Ambassador” by the U.S. Department of Energy to assist equity in energy efforts. In 2019 Jose was named Chair of the Minnesota Energy Utilities Diversity Group which prepared a legislative report for the Minnesota State Legislature on jobs and business diversity matters. In partnership with Hispanic Association of Colleges and Universities (HACU), Hispanics In Energy prepared a Resolution to encourage the use of utility commission convening power and increase diversity in the STEM pathway. The Resolution received the approved of the National Association of Regulatory Commissioners (NARUC). Pérez is also owner and publisher of the Latino Journal (Founded in 1996). This non-partisan media company provides an independent analysis of public policy and government as it affects 60 million Hispanic Americans, the largest minority group in America. The Latino Journal celebrated its 24 years in business in 2020. Over the years, Jose built strong national relationships with elected and appointed public officials at the federal, state and local levels. He created and led several non-profits such as the National Utilities Diversity Council (NUDC), the California Utilities Diversity Council (CUDC), and Energy Utilities Diversity Council. He is a leader in the Hispanic chamber circles including former vice-chair of the California Hispanic Chambers of Commerce, president of the Sacramento Hispanic Chamber of Commerce and board member of the Latin Business Association of Los Angeles. He also held executive positions in state government such as Assistant Director to the CA Dept. of Transportation and personnel management manager with the CA State Personnel Board. He is an expert in all areas of personnel management in both the private and public sectors. He also serves as special advisor to the Minnesota Public Utilities Commission, Arizona Corporation Commission and California Public Utilities Commission. He has a bachelor’s degree in government from California State University, Sacramento, and a corporate governance certificate from the Graduate School of Business at Harvard University in Cambridge, MA. He resides in Eagan, MN and a former resident of California, and born and raised in Texas.