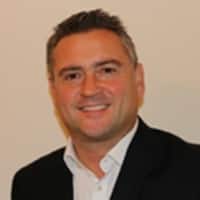 Jon Story leads the Global New Ventures team for Storegga. He brings a broad background of senior roles in energy, financial and consulting institutions, and has a wide network of relationships across the world which deliver access to new opportunities for Storegga. Prior to joining Storegga in early 2021, Jon led the upstream consulting efforts at IHS Markit for the EMEA/FSU Regions, originating and overseeing projects in the UK, Germany, Norway, Angola, Ghana, Kenya and Kazakhstan. He was a regular panelist and speaker at CERAWeek. Jon spent the previous 15 years as an investment banker, at ABN Amro and Standard Chartered Bank, where he led teams delivering global M&A transactions totalling in excess of $20 billion, including the sale of Marathon’s Angolan assets to CNOOC/Sinopec for $1.3bn. He spent three years in Perth, Australia, and his last role was at Standard Chartered as European Head of Energy Clients in a senior banker relationship management role. Jon began his career at British Gas, where he was awarded a scholarship to study Chemical Engineering. Hat British Gas he worked offshore as a petroleum engineer in Morecambe Bay and the UK North Sea. He joined Hardy Oil & Gas in a business development role and took on the Commercial Manager role for the UK portfolio when British-Borneo Oil & Gas acquired the company. He moved to Corporate Finance at ABN Amro in 2000. Jon studied at Cambridge University (MA, M.Eng)