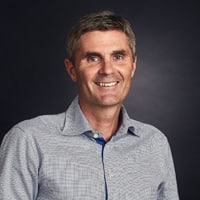 John Markus Lervik is the Chief Executive Officer of Cognite. He co-founded Cognite in January 2017. Under his leadership the company has grown to a global industrial software company with locations in Europe, Asia, and the US. Cognite serves as a strategic technology partner for industrial companies such as bp, OMV, Aker BP, Aker Horizons, Wintershall Dea, Yokogawa, Saudi Aramco, and many others. Cognite helps companies scale their digitalization efforts with data-driven solutions that increase their profitability and drive sustainability initiatives. Among Cognite’s investors are Norwegian industry giant Aker ASA and leading global venture capital and equity firms TCV and Accel. Throughout his career, Lervik has channeled his passion for liberating data and innovating with technology into companies that revolutionize the ways we work. He co-founded Fast Search & Transfer (FAST) in 1997 and served as Chief Technology Officer until Microsoft acquired the company in 2008. He then took the position of Vice President of Enterprise Search at Microsoft before leaving in 2010 to found the software company Cxense, which was listed on the Oslo Stock Exchange in 2014. Lervik was in 2005 recognized by Forbes as a member of the E-gang for his pioneering work in the technology sector.