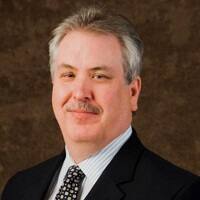 John Hague is Executive Vice President, Operations at AspenTech. In this role, John is responsible for the Global Sales, Customer Success, Product Marketing and Partners organizations, as well as the Asset Performance Management (APM) business unit. John is a seasoned member of AspenTech’s executive team, where his most recent role was leading the APM business unit, turning it into one of the key drivers of AspenTech’s transformation. Over the past 20 years, John has served in a variety of key executive roles at AspenTech, overseeing the sales organization for North and Latin America, building out the Middle East and North Africa business region as well as driving AspenTech’s global partner strategy and several key acquisitions. John also led product operations in the early 2000s as a member of the Products organization. John previously worked with Conoco where he held management positions in several business areas including roles supporting the DuPont organization. He has also held management positions at Scientific Software and Advanced Pipeline Technologies. He holds a B.S. and an MBA from Oklahoma State University.