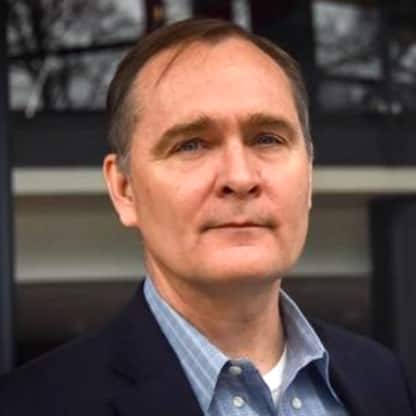 Jim Bellingham is executive director of the Johns Hopkins Institute for Assured Autonomy in Baltimore, MD and the Bloomberg Distinguished Professor of Exploration Robotics. He holds primary appointments in the Department of Mechanical Engineering of the Whiting School of Engineering and the Asymmetric Operations Sector of the Applied Physics Laboratory, where he advances government and defense innovations for national security. For more than 30 years, Bellingham has been a global leader in the development of small, high-performance autonomous underwater vehicles (AUVs), resulting in a class of systems that are now widely used within the military, industry, and science communities. He has been instrumental in innovations for ocean observing and has spent considerable time at sea, leading two dozen AUV expeditions in locations across the Antarctic, North Atlantic, Mediterranean, Eastern and South Pacific, and Arctic. Dr. Bellingham founded the Consortium for Marine Robotics at the Woods Hole Oceanographic Institution (WHOI), founded the Autonomous Underwater Vehicles Laboratory at MIT, and co-founded Bluefin Robotics (now owned by General Dynamics). He served as Director of Engineering and Chief Technologist at the Monterey Bay Aquarium Research Institute (MBARI). Jim serves on numerous advisory and National Academies studies, and chaired NRAC, the senior science advisory committee to the Secretary of the Navy. His awards include the Lockheed Martin Award for Ocean Science and Engineering, the MIT Fourteenth Robert Bruce Wallace lecturer, the Blue Innovation Rising Tides Award, and the Navy Superior Public Service Award. Jim is a member of the National Academy of Engineering.