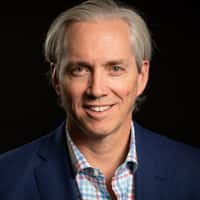 Clay Sell serves as CEO of X-energy. Clay has deep professional expertise across many sectors of the international and U.S. energy industry developed through his service in senior level positions in the private sector and government.From 2008-2018, Clay was the president of Hunt Energy Horizons, LLC, the renewable energy subsidiary of Hunt Consolidated, Inc., a multinational energy, real estate, and investment corporation controlled by the Ray L. Hunt family of Dallas. Previously, Clay held positions for 14 years in the U.S. government, most recently as Deputy Secretary of Energy in the George W. Bush Administration from 2005-2008 — and the youngest person to hold that position. In that role, Clay served as Chief Operating Officer of the Department and emerged as one of the leading advocates for the Administration’s nuclear energy policies. From 2003-2005, Clay served in the White House as a Special Assistant to the President for Economic Policy and a Special Assistant to the President for Legislative Affairs. From 1999-2003, he served as the Clerk for the Senate Energy & Water Subcommittee of Appropriations under the legendary Senator Pete Domenici of New Mexico. Clay began his career in Washington on the staff of future House Armed Services Committee Chairman Mac Thornberry of Texas from 1995-1999. Clay holds a Juris Doctorate from the University of Texas School of Law and a BBA in Accounting from Texas Tech University.