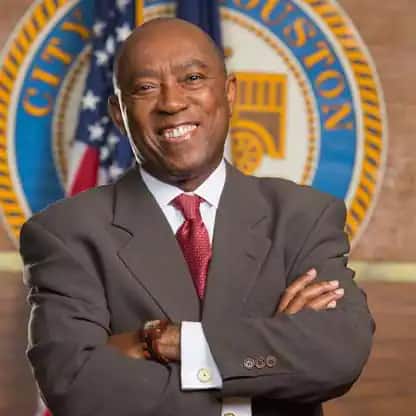 Mayor of City of Houston

Elected in December 2015 and re-elected in December 2019, Sylvester Turner is in his second four-year term as Houston’s mayor. Since taking office, Mayor Turner has passed six balanced budgets and guided the city through multiple federally declared disasters in the past five years, most notably Hurricane Harvey and Winter Storm Uri. He led historic pension reform, expanded municipal investments in renewable energy, managed the winning bid to host the World Petroleum Congress in 2020, and is currently leading Houston’s response to the COVID-19 global pandemic. As the head of the energy capital of the world, Mayor Turner brings a performance-driven approach to the job, creating a more responsive, streamlined, and efficient delivery of city services while shoring up Houston’s financial future. Before becoming mayor, Turner served for 27 years in the Texas State Legislature. As a state representative who was respected across the aisles, he served on the House Appropriations Committee for 21 years and was appointed Speaker Pro Tem for three terms. Turner is a graduate of the University of Houston and earned a law degree from Harvard University. He began his law career at Fulbright & Jaworski L.L.P. and later founded the Barnes & Turner Law Firm. As a life-long resident of Houston, Mayor Turner is passionate about his city and continues to live in the Acres Homes community where he was born and raised.