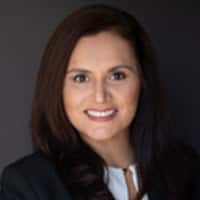 Governor Greg Abbott appointed Lori Cobos to serve as Commissioner on the Public Utility Commission of Texas on June 17, 2021. Prior to her appointment to the PUC, Commissioner Cobos served as Chief Executive and Public Counsel for the Office of Public Utility Counsel (OPUC), an independent state agency that represents the state's residential and small commercial consumers, as a class, in the electric, water, wastewater, and telecommunications utility industries in Texas. During her tenure at OPUC, she elevated the agency's profile and strengthened the agency's consumer outreach, assistance, and policy advocacy. Under her leadership, OPUC effectively represented consumers before the PUC, State Office of Administrative Hearings, state courts, and Electric Reliability Council of Texas (ERCOT). Through the litigation of electric and water utility cases at the PUC, OPUC helped achieve over $1.3 Billion in utility bill savings for residential and small commercial consumers in Texas, which included an agency record of approximately $1.179 Billion in consumer utility bill savings in 2020. Commissioner Cobos has over 17 years of broad experience in the Texas electric power industry in both the public and private sector. She has served in several senior-level positions at the PUC, including serving as an advisor for two PUC Commissioners, assistant counsel to the PUC Executive Director, and senior policy analyst in the PUC's policy development division, and served as in-house counsel at ERCOT. In the private sector, Cobos has served as a director of government and regulatory affairs for a power generation company and has served as principal owner of her own legal and consulting firm, where she represented and advised clients on legal, regulatory, public policy, legislative, and business development matters in the Texas electric power industry. Commissioner Cobos is a member of the State Bar of Texas and has served as the chair of the Public Utility Law Section. She received a Doctor of Jurisprudence from Texas Tech University and was a member of the Texas Tech Law Review. She received a Master of Arts in Public Administration and Bachelor of Business Administration in General Business, with Magna Cum Laude honors, from Sul Ross State University. Cobos served on the Texas State Affordable Housing Corporation Board of Directors as a gubernatorial appointee of Governor Abbott and served on the Sul Ross State University Alumni Board. She is a native of Alpine, Texas.