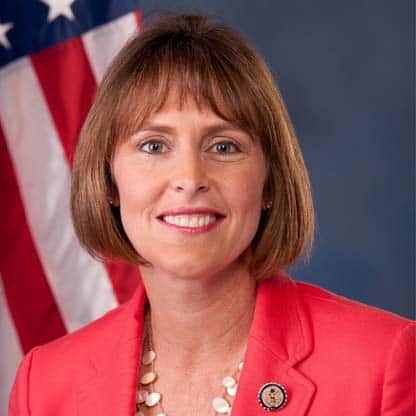 Rep. Kathy Castor (FL-14) is the chair of the U.S. House Select Committee on the Climate Crisis, which unveiled its 500-plus-page Climate Crisis Action Plan over the summer to give Congress a roadmap for solving the climate crisis. Castor is a longtime national leader on protecting the environment and finding climate solutions. In 2019, she was the lead sponsor of the Climate Action Now Act (H.R. 9), the first major climate bill to pass the House of Representatives in a decade. She started her professional career enforcing environmental and growth management laws in Florida, helping protect the state’s coastline, wetlands and endangered species. A Democrat, Castor was first elected in 2006, when she became the first woman to represent the Tampa Bay area in Congress.