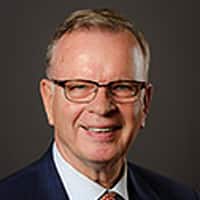 Bruce Ralston was first elected MLA for Surrey-Whalley in 2005. He is the Minister of Energy, Mines and Petroleum Resources and has previously served as Minister of Jobs, Trade and Technology. Minister Ralston brings his understanding of trade and technology to the key priorities of the ministry, which include supporting the implementation of CleanBC – the government’s plan for climate action – and innovation in the clean technology sector. Minister Ralston also oversees BC Hydro to ensure B.C.’s wealth of clean, affordable and reliable hydro-electricity powers the province into the future. His experience and relationships will help B.C. reach new markets for its low-carbon products and secure investment in the mining sector. He is the government liaison with the consular corps. Ralston was born in Victoria and grew up in Vancouver. He has degrees in history and law from the University of British Columbia and a degree in history from the University of Cambridge in England. Previously, he was a practising lawyer for many years.