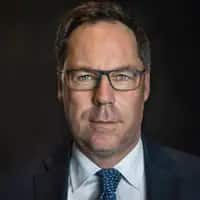 Holger Lösch has been the Deputy Director General of the Federation of German Industries (BDI) since April 2017. He joined BDI in 2008 as Head of Communications and Marketing and has been a member of the BDI Executive Board since July 2011. From 2007 to 2008, he was in charge of the management of Corporate Development, Communications, and Customer Relations Management with Arabella Hotel Holding, Munich. From 2001 to 2007, Mr. Lösch was Head of Communication and Marketing with the Schörghuber Group in Munich. From 1995 he was Head of Staff of the Television Directorate at Bayerischer Rundfunk, subsequently moving on to assume the management of Central Programme Coordination in 1998. During his studies, he worked as a Journalist, Editor, and Presenter in the television section of Bayerischer Rundfunk. Mr. Lösch studied at the Ludwig Maximilians University in Munich.