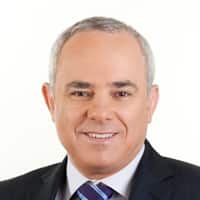 The Honorable Dr. Yuval Steinitz, Minister of Energy, Israel, was appointed as minister in May 2015. He is also a member of the State National Security Cabinet. Prior to his tenure as Minister of Energy, Dr. Steinitz was the Minister of Intelligence from 2013 to 2015 and from 2009 to 2013, he was the Finance Minister of the Israeli government Dr. Steinitz formulated the stimulus package of 2009, and later designed and implemented major reforms in the energy, technology, and housing sectors. Dr. Steinitz led Israel’s accession to the OECD in 2010. During his term as the Chair of the Knesset’s Foreign Affairs and Defense Committee, between the years of 2003 and 2006, Dr. Steinitz and US Senator Jon Kyl established the Joint Dialogue on Defense between the US Congress and the Knesset. Dr. Steinitz has been a member of the Knesset since 1999. Prior to entering the political forum, Dr. Steinitz was a Professor of philosophy at the University of Haifa, where he focused on metaphysics and the philosophy of science. He has published four books on these topics. He holds a BA and MA, with honors, from the Hebrew University, and a PhD from Tel Aviv University.