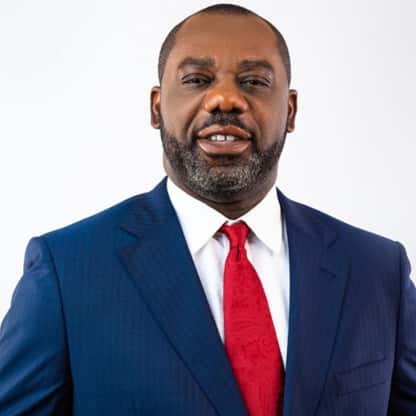 Dr. Matthew Opoku Prempeh, is the Minister for Energy and the Member of Parliament (MP) for the Manhyia South constituency in the Ashanti Region. He was born on May 23, 1968 in Kumasi, where he went on to have his primary, secondary and tertiary education. At the Kwame Nkrumah University of Science and Technology (KNUST), he obtained a Bachelor of Science (BSc) degree in Human Biology in 1992 and a Bachelor of Medicine and Surgery (MB,ChB) degree in 1995. After serving as a House Officer at the Okomfo Anokye Teaching Hospital from 1995 until 1997, Dr. Prempeh continued his education at the Erasmus University in The Netherlands, obtaining an M.Sc in Clinical Epidemiology in 1998. He proceeded to the United Kingdom to work, becoming a member of the Royal College of Physicians and Surgeons in Glasgow in 2002. He returned to Ghana in 2003 to pursue a career in business and politics. He is also a Harvard Scholar and an alumnus of the Harvard Ministerial Leadership Program.

Dr Matthew Opoku Prempeh ran for Parliament on the ticket of the New Patriotic Party (NPP) during the 2008 general election and won the mandate to represent the people of Manhyia. Subsequently, the constituency was divided into two and he went on to become Member of Parliament for the Manhyia South Constituency in 2012. He retained the seat at the 2016 elections and again at the 2020 elections. Following the victory of the NPP in the 2016 general elections, Dr. Prempeh was appointed by President Akufo-Addo as Minister for Education from 2017 to 2021. During his tenure, he successfully led the team at the Ministry to deliver on the flagship education programme of the government, the Free Senior High School programme, to wide admiration even from his political opponents. His team also delivered on curriculum reforms, teacher reforms and several initiatives to promote and mainstream Technical, Vocational Training and Education (TVET), among others. In the aftermath of the NPP’s victory at the 2020 general elections, President Akufo-Addo nominated Dr. Prempeh to serve as Minister for Energy. He has since championed various major projects including the completion of rural electrification (currently 85.7%) by 2024; renegotiation of Power Agreements; the revamping of Ghana’s cylinder manufacturing company and improvement of the cylinder recirculation model to meet Ghana’s clean energy goals; the establishment of a petroleum hub; revision of local content legislation, improving the efficiency of electricity producers and distributors; and relieving the energy debt stock of Ghana through the Energy Sector Recovery Programme (ESRP).

Dr Matthew Opoku Prempeh was adjudged the best Minister in 2017 and 2019 and is the recipient of the 2020 Harvard Ministerial Medal of Achievement in recognition of his exemplary leadership style. He has also received 2 Honorary Doctorates from the University of Education, Winneba and the University for Professional Studies, Accra, for his leadership and achievements as Education Minister. He was also recently named in the top 25 Movers and Shakers in the Energy Sector by the African Energy Chamber.