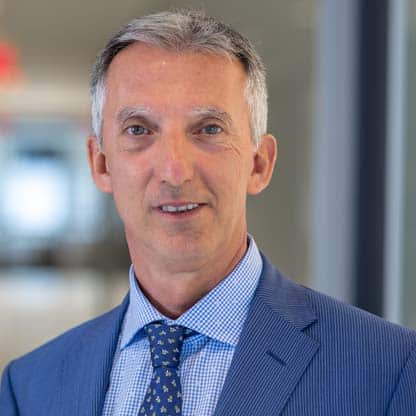 He joined Eni in 1985 initially working in the study and development of new refining processes at the Sannazzaro refinery, before becoming involved in the creation and consolidation of the joint venture with Kuwait Petroleum at the Milazzo refinery. In 2000 he returned to head office as where he was responsible for Refining Processes Development and oversaw the performance optimisation at the refining facilities of Agip Petroli. He left central technologies to take over, in 2004, as director of the Gela Refinery, a particularly challenging assignment both from a managerial perspective and in terms of the refining cycle and the complexity of the plant; in 2006 he was appointed managing director of the refinery. In June 2010 he was made Senior Vice President of the Industrial Sector for Refining & Marketing, with responsibility for the refineries, storage deposits, oil pipelines and plant and facilities in Italy, as well as the management of subsidiary and associated companies in Italy and abroad. As Industrial Director he also held a series of additional responsibilities, such as the chairmanship of Gela and Milazzo. In 2012 he took on the delicate role of Eni’s Executive Vice President Health, Safety Environment and Quality with responsibility for providing the guidelines, coordination and control of safety, industrial health, product safety, the environment and quality. He was appointed as Chief Refining & Marketing Officer on 12 September 2016. He was appointed Deputy Chief Operating Officer of Energy Evolution and Director Green/Traditional Refinery and Marketing of Eni on July 1, 2020. He has been Chief Operating Officer of Energy Evolution since 1st January 2021. He has been President of Confindustria Energia since July 2017 and President of AIDIC (Italian Association of chemical Engineering) since 2018. He has a degree in chemical engineering.