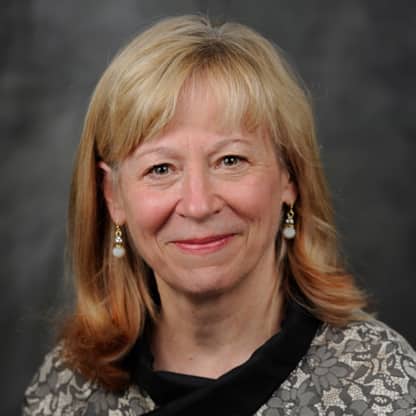 Undersecretary for Science and Innovation

Geraldine (Geri) Richmond is the currently serving as the Undersecretary for Science and Innovation at the Department of Energy (DOE). In this role she oversees DOE's Office of Science, the nation’s largest federal sponsor of basic research in the physical sciences, DOE’s applied R&D areas of nuclear, fossil, and renewable energy, and energy system integrity, and the DOE national laboratories and their facilities. She is currently on leave from the University of Oregon where she holds the Presidential Chair in Science and Professor of Chemistry. Richmond's research throughout her career has been on the use of laser-based and computational methods to understand the molecular, adsorption structure and dynamics at liquid surfaces that have relevance to environmental and technological interests. She is a member of the U.S. National Academy of Sciences and the American Academy of Arts and Sciences and has been honored by numerous awards including the National Medal of Science (2016), the Priestley Medal from the American Chemical Society (2018) and the Linus Pauling Medal Award (2018). Her service to the nation includes serving two terms as a presidential appointee to the National Science Board (2012-2021) and as the U.S. State Department Science Envoy for the Lower Mekong River Countries (2015-2016). In addition to serving on many other national and international advisory boards, Richmond has been President of the American Association for the Advancement of Science (AAAS) and Sigma Xi, the Scientific Research Honor Society A career-long advocate for underrepresented groups in STEM fields, she is the founding director of a grass-roots organization called COACh that has helped over 25,000 women scientists and engineers in career advancement in the U.S. and in dozens of developing countries around the world. A native of Kansas, Richmond received her B.S. in chemistry from Kansas State University and her Ph.D. in physical chemistry at the University of California, Berkeley.