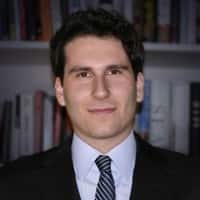 As the Vice President for Large-Scale Renewables, Georges leads NYSERDA’s work in advancing both land-based renewable energy and offshore wind resources. Prior to joining NYSERDA in September 2021, he spent nearly ten years at General Electric (GE) where he took on a wide scope of responsibilities including strategy, scenario planning, product management, innovation, marketing and business development. He started his career in engineering and policy analysis roles with the United Nations Development Program (UNDP) in the Middle East and think tanks in Washington, DC. Georges has also worked with several multinational corporations driving policy analysis, investment and business strategy including Deutsche Bank’s Energy & Climate Change Advisors team in New York and Man Group’s energy private equity fund in London. He is also the founder of a non-profit that advocates for transparency and good governance in the energy industry. Georges sits on the board of the Clean Energy States Alliance (CESA), a non-profit platform for states and public agencies to collaborate to advance clean energy in the United States. He holds a Bachelor in Engineering in Mechanical Engineering from the American University of Beirut, and a Master in Public Policy from Harvard University.