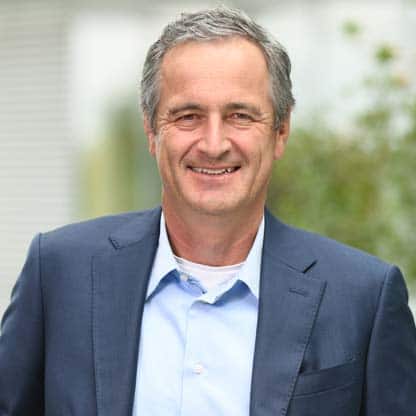 Chief Executive Officer & Chairman of the Board of Management

Dr. Frank Mastiaux is CEO and Chairman of the Board of Management for EnBW Energie Baden-Württemberg AG, the largest integrated utility in Germany. During the nearly two decades Dr. Mastiaux has served as Chairman of the Board at EnBW, he has overseen a broad portfolio of corporate strategy and development, and it is under his leadership that EnBW set forth an ambitious target to reach 100% climate neutrality by 2035, including a systems wide energy switch since 2013. In 2020, Dr. Mastiaux was awarded Energy Manger of the Year, a testament to his commitment and strategic vision to transform ENBW into a global leader in clean energy. Dr. Mastiaux began his professional career in 1993 at Veba Oel AG. As part of a foreign assignment, he worked at CITGO Petroleum Corp in the USA. After the merger of Veba Oel AG and ARAL AG, he served as managing director of ARAL Mineralöl-Vertrieb GmbH. Following the takeover of the Veba Oel/Aral Group by BP p.l.c., Mastiaux held various management positions in the BP Group in London, and board positions in the E.ON Group. He holds a doctorate in chemistry from University of Duisburg.