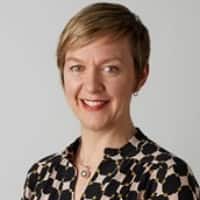 Fiona has over 20 years’ experience in multinational oil and gas and resources companies. Born in Liverpool, UK, she holds a degree and PhD in Chemistry from the University of Edinburgh. Fiona joined BHP in 2010 as Senior Manager, Environment and was appointed to the role of Vice President, Environment and Climate Change in February 2013. In April 2016, Fiona was appointed to a new role as Vice President, Sustainability and Climate Change. Fiona led the development of BHP’s Climate Change Portfolio Analysis report, an industry-leading analysis that describes the impact of both an orderly and rapid transition to a low carbon future on the valuation of the company’s portfolio. She advises the Board and senior management on emerging environmental and climate change trends and represents BHP in engagements with national and international stakeholders, including NGOs, academics, industry associations, governments and investors. Fiona holds several Board positions, including Director of IETA, represented BHP at the International Council of Mining and Metals and is Deputy Chair of the Global Carbon Capture and Storage Institute. In December 2015, she was appointed to the Financial Stability Board’s Task Force on Climate-related Financial Disclosures, reporting to the G20. The Task Force released its recommendations in June 2017 (www.fsb-tcfd.org) which serve as a template for how financial and non-financial companies should disclose climate-related information to ensure financial risk can be better measured and managed.