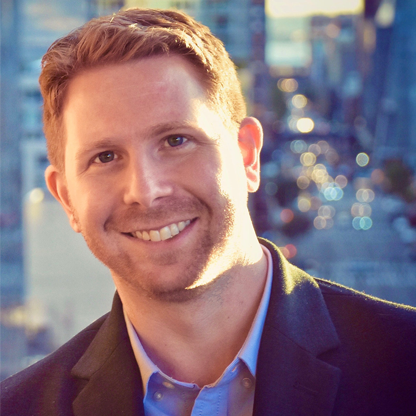 ERIC PRICE has written the lyrics and book to the musicals The Violet Hour, Radioactive, Presto Change-o, Around the World, Hello Out There, The Sixth Borough, Emma!, and additional material for the stage adaptation of the film Clue, the country's #1 most produced play for the past two years. With his collaborator Will Reynolds, Eric won the Fred Ebb Award for Musical Theatre Writing. Their show The Violet Hour has a forthcoming studio recording with a starry cast and orchestrations by Tony Award-winner Charlie Rosen. Eric and Will are also songwriters on the animated series Central Park (Apple TV+). Their song “When I See You Again” was heard on the recent album Artists in Residence and they are the winners of the Lotte Lenya Songbook Award. For many years, Eric worked closely with 21-time Tony Award-winning director/producer Harold Prince on productions in New York, London, Chicago, Washington DC, and Tokyo. Eric is a musical theatre professor at Pace University, Molloy College/CAP21, and is the co-founder of This MT Space, an online theatre education platform. He’s a member of The Dramatists Guild and ASCAP, and the recipient of awards from both organizations. MFA: NYU. www.ericpriceonline.com