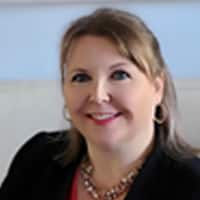 Emmanuelle has over 20 years of management experience in both the private and public sectors. She joined Nova Bus and Prevost, part of the Volvo Group, in 2013. She has been named in the Top 100 of the most powerful women in Canada in 2021 by WXN, the Women’s Executive Network. She has also been selected as one of the winners of the 2022 Canadian Clean50 Awards, recognizing the 50 individuals who have made the greatest contribution to the cause of sustainable development and clean capitalism in Canada over the past two years. Emmanuelle sits on several Canadian and American boards, including the Quebec’s Federation of Chambers of Commerce (FCCQ), CUTA (Canadian Urban Transit Association, APTA (American Public Transit Association) and is the Chair of the board of Propulsion Quebec, the Quebec’s electric and intelligent vehicle cluster. She has also served on the board of several other organizations. She is regularly invited as panelist and speaker in conferences in North America to discuss a wide variety of topics. Prior to joining Volvo Group, Emmanuelle worked in different organizations in the manufacturing, medical, aerospace, software, municipal and university fields, where she held roles in legal, regulatory affairs and sales operations. She is a member of the Quebec Bar Association and of the Quebec Order of Chartered Professional. Emmanuelle holds a Bachelor degree in Law and a Certificate in Administration from Universite Laval.