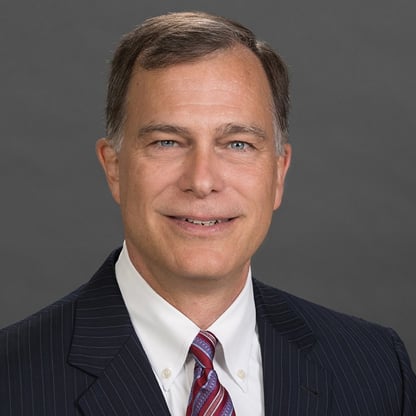 Ed Graham is Vice President, Ventures, for ExxonMobil’s Low Carbon Solutions business. He assumed this role in June 2021. Ed is responsible for building and operating the business ventures created by Low Carbon Solutions, as well as providing support to the company’s other business lines when they apply low-carbon technologies to their business activities, including carbon capture and storage, hydrogen, bio-fuels, and nature-based energy solutions. Prior to his current position, Ed spent the prior four years overseeing ExxonMobil’s business interests in Malaysia, serving as President of ExxonMobil Exploration and Production Malaysia Inc. and Chairman of the ExxonMobil Subsidiaries in Malaysia. Ed joined Exxon in 1989 after receiving his Bachelor of Science degree in Chemical Engineering from Rice University in Houston, Texas. He spent the first 10 years of his career with Exxon Production Research Company in Houston, in a variety of upstream oil and gas technical positions involving process engineering, integrity loss prevention, and project development planning. Beginning in 1999, Ed spent the next decade serving in a variety of managerial positions across ExxonMobil’s North American oil and gas production businesses, based in Texas, Calgary, Wyoming, and Newfoundland. Ed returned to ExxonMobil Production Company’s Houston headquarters in 2010, serving as the company’s global HSE Manager and then later its global Producing Operations Manager. In 2013, he was appointed Vice President and General Manager for ExxonMobil Iraq Limited where he oversaw the development and production of Iraq’s world-class West Qurna I oilfield outside Basra, growing production to over 500,000 barrels per day by 2017.