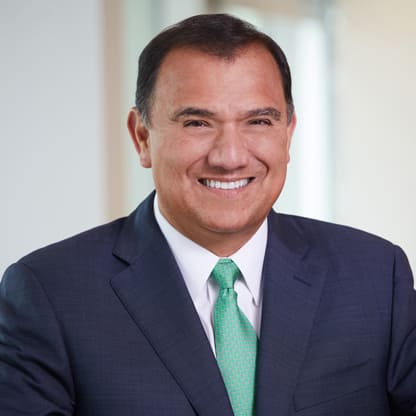 Dennis was appointed to the position of CEO of AVANGRID in July 2020. With more than 25 years in the energy sector, Dennis joined AVANGRID from Sempra Energy where he was Executive Vice President and Group President and Chief Sustainability Officer. Throughout his career, Dennis has held a variety of leadership positions in gas and electric utilities as well as renewables, including Chairman and CEO of Southern California Gas Co., and Chief Financial Officer of SunPower Corp., San Diego Gas & Electric and Southern California Gas Co. Dennis holds a bachelor's degree in economics from Stanford University and a master's degree in business administration from Harvard University. Dennis is on the boards of the Edison Electric Institute, U.S. Chamber of Commerce and Auto Club Enterprises. Dennis has been named one of the “100 Most Influential Hispanics” by Hispanic Business magazine.