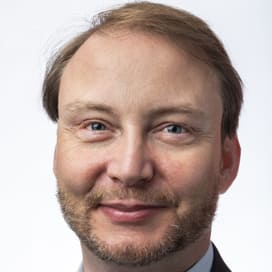 David started his career at TotalEnergies in 2000 as a Reservoir Engineer in Abu Dhabi. He then led an international career focusing on revamping distressed assets in Qatar, Iraq and Venezuela. In 2015, He was appointed technical Vice President within Total exploration production subsidiary in Houston. He then pivoted toward corporate innovation, and has since supported the growth of several clean energy startups - most notably as the COO of Quidnet Energy – a Houston-based startup on track to commercialize a breakthrough long-duration energy storage technology. In May 2021, David committed to developing Totalenergies' offshore wind activity in the U.S., which has translated since then in three partnerships across the country and a development project in New York Bight. David is a graduate from Ecole des Mines and holds a Master of Science in Management from Stanford University.