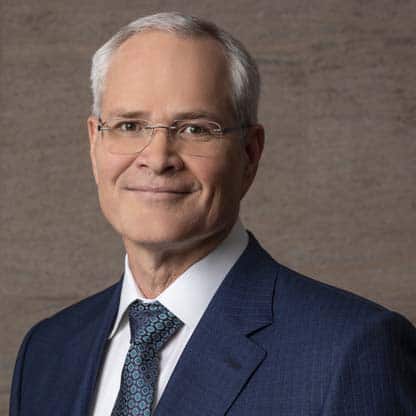 Darren Woods is a graduate of Texas A&M University, where he earned a Bachelor of Science degree in electrical engineering. He also holds a Master of Business Administration degree from Northwestern's Kellogg School of Management in Evanston, Illinois. Mr. Woods joined Exxon Company International in 1992 as a planning analyst in Florham Park, New Jersey. He progressed through a number of domestic and international assignments for Exxon Company International, ExxonMobil Chemical Company and ExxonMobil Refining and Supply Company. In 2005, Mr. Woods was appointed vice president of ExxonMobil Chemical Company in Houston, Texas, where he managed global specialty-chemical businesses. In 2008, he was named ExxonMobil Refining and Supply Company’s director of refining for Europe, Africa and the Middle East, and was based in Brussels. In 2010, he was appointed vice president of supply and transportation, based in Fairfax, Virginia. Mr. Woods was appointed president of ExxonMobil Refining and Supply Company and vice president of Exxon Mobil Corporation in 2012. In 2014, Mr. Woods was elected senior vice president of Exxon Mobil Corporation. Effective January 1, 2016, Mr. Woods was elected president of Exxon Mobil Corporation and a member of the board of directors. The ExxonMobil Board of Directors elected Mr. Woods as Chairman and Chief Executive Officer, effective January 1, 2017. Mr. Woods is currently vice chairman of the National Petroleum Council, and he serves on the board of directors of the American Petroleum Institute and the board of trustees of the Center for Strategic and International Studies. He is also a member of the Business Roundtable, the Business Council and the Texas A&M University Engineering Advisory Council.