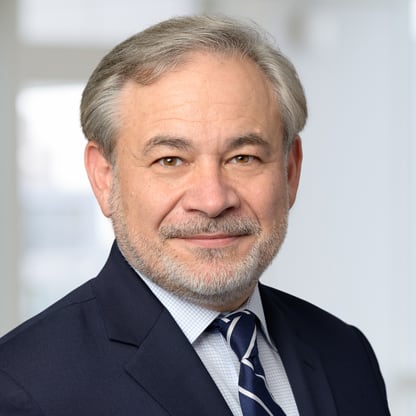 Dan Brouillette is president of Sempra Infrastructure, a leading global energy transition company focused on three key growth platforms: clean power, energy networks and LNG and net-zero solutions. Prior to joining Sempra, Brouillette served as the 15th United States Secretary of Energy. In this capacity, he led a workforce of 105,000 employees and federal contractors, with direct responsibility for the nation’s nuclear weapons arsenal, coordination of federal energy policy, management of seventeen national research laboratories, and direction of the department’s $44 billion annual budget. He served as the President’s primary advisor on energy and nuclear weapons matters, and was a member of the President’s National Security Council as well as the Vice President’s National Space Council. Brouillette also served as U.S. Deputy Secretary of Energy, the chief operating officer of the department, managing nearly $38 billion of federal construction projects. In the private sector, Brouillette was a senior vice president and corporate officer of USAA, the nation’s leading provider of financial services to the military community. Before joining USAA, Brouillette was a vice president of Ford Motor Company, where he served on its North American Operating Committee. Brouillette is a veteran and former tank commander with the U.S. Army’s highly decorated 11th Armored Cavalry Regiment. He has been awarded Distinguished Public Service awards by both the U.S. Secretary of Defense and the U.S. Secretary of State. Brouillette holds a master’s degree in intelligence and national security from The Citadel and a bachelor’s degree in economics from the University of Maryland.