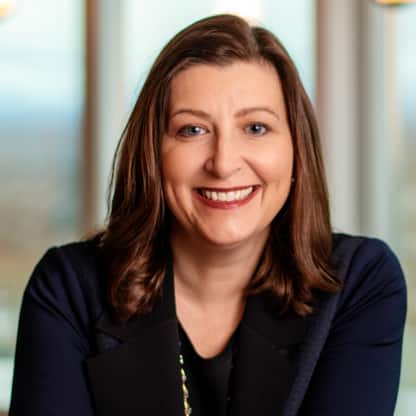 Christine Healy is Senior Vice President Carbon Neutrality and Continental Europe and is a member of the EP Executive Committee (CDEP) for TotalEnergies. Educated as a lawyer and an economist, Christine worked in private legal practice before joining the Government of Newfoundland and Labrador as Chief Negotiator and Senior Commercial Advisor. During her time with government, Christine was awarded the Public Service Award of Excellence and was named one of Canada’s “Top 40 Under 40.” Christine moved to Statoil (now Equinor) where she held several executive leadership positions. Christine later joined Maersk Oil where she was Chief Commercial Officer and General Counsel, and a member of the Maersk Oil Executive Team. After the acquisition of Maersk Oil by Total, Christine joined TotalEnergies as Country Chair for Canada and Managing Director for Total E&P Canada before assuming her current role in 2021. Christine is a leader who is unafraid of change. "I like bringing teams together around a shared purpose, enabling people to do what they do best, because what I like more than anything else is seeing great ideas become reality.” Christine is married with two sons. She lives in Paris, France.